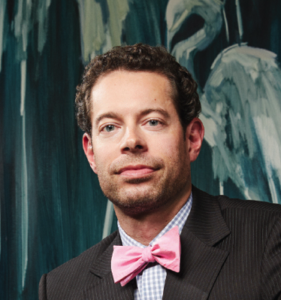 For Dr. Ryan M. Reeves, the philosophy is the same whether he is roaring down a racetrack in a Porsche or helping a patient live pain-free by correcting issues with their teeth and jaw. It’s all about precision.

“Precision is key. In dentistry, you can’t do that without the right technology. Our focus on science has really allowed us to be true dental engineers.”

Dr. Reeves is leading the industry using his extensive knowledge of occlusion and TMJ treatments and unmatched technological approach. He creates highly individualized plans for each patient based on that technology and expertise.

Emphasizing quality care over quantity of patients, Reeves is able to schedule patients to ensure individuals are seen on time every time and receive the utmost individual attention. “We get a more predictable end result with a customized approach,” said Reeves.

Growing up in a family of dentists, Dr. Reeves always knew he wanted to be a dentist. But even in those early days, he knew he wanted to take a non-traditional approach. His desire was to change lives through dentistry.

So, pursuing it from a physiological standpoint allowed him to expand on the science. Utilizing elements like computerized bite analysis, bite pressure gauges and laser technology create a much better end result for patients. Dr. Reeves creates longer lasting smiles and overall a true life change.

Originally published at Southmag.com in December, 2019

His journey started early in his career after four years of undergrad and four years of dental school where he was taught the same old things – a philosophy of dentistry based on patching up problems rather than solving underlying issues.

“What we’re taught in dental school, it didn’t really make sense. There has to be a better way.”

So, he sought out experts in the physiologic side of dentistry. “After the morning of the first lecture, my first thought was ‘The earth’s not flat!’ I knew it was going to be a game-changer.”

That game-changer is an approach to dentistry that looks at the alignment and balance of the whole musculature and nerve structure of the head and neck to solve the root cause of dental problems.

“We’re rarely someone’s first dentist,” he said. “We treat patients others have given up on.

They’ve had other dentists tell them their only option is to take all their teeth out. They’re looking for more, for what others can’t do.”  They look beyond….and find answers at Beyond Exceptional Dentistry they were told didn’t exist.

Reeves estimates that maybe five percent of dentists in the country do what he does, and maybe two percent do it routinely. There’s a reason people fly from across the country to be treated by Dr. Reeves and his partner, Dr. Rod Strickland. In fact, there is a map in the Beyond Exceptional Dentistry lobby that shows where patients have come from across America.

In his quest for answers, Reeves sought out one of the most unique practices in the country where he could apply his approach. He found it in The Durham Office, now Beyond Exceptional Dentistry in South Carolina.
Brad Durham had already established a legacy of dentistry unlike anything in the world. Reeves wants to keep what was so exceptionally built and constantly evolve so it stays on top. “Upholding the legacy isn’t enough, we have to go BEYOND that,” he says. For Reeves and his team, that means creating the model for the way dentistry should be practiced.
Originally published at Southmag.com in August, 2020
Scroll to top